Esenyurt is one of the 39 municipalities in Istanbul, in this article we will discuss the geographical location of Esenyurt, the advantages of investment/residence in this region, and we will also address the most important landmarks, markets, and parks in Esenyurt, in addition to Esenyurt Square.

Esenyurt was an agricultural area that supplies other areas with various crops, and it was named by this name after one of its owners, and according to the law number 5747, Esenyurt was established as an independent municipality on 03/22/2005, where the history of urban expansion in it dates to the nineteenth century.

​​Esenyurt is about 2770 square kilometers, divided into 43 residential neighborhoods, with a population of 954,579 people of all ages.

Esenyurt is about 45 kilometers from Istanbul’s new airport and 3 kilometers from the shore of the Marmara Sea, making it a vital area with a distinctive geographical location linked to the most important and vital centers of Istanbul.

Shopping and tourism centers in Esenyurt

The beauty of Esenyurt is not limited to its view close to the lakes and the Sea of ​​Marmara only, which gives its residents and visitors the enjoyment of the most beautiful times, but there are many entertainment places and commercial markets in it that add to its vibrant nature. Esenyurt hosts within its neighborhoods more than 20 huge shopping centers, in addition to many traditional markets.

There are many malls in Esenyurt, and perhaps the most important of these malls: Torium Mall, which is located on the E5 highway, and adjacent to Beylikduzu, about popular markets, Esenyurt Square and Thursday Bazaar are among the most vital and popular markets.

Esenyurt Square or Maidan is one of the most active areas in it and is extremely popular among shoppers because of the variety of products and the number of shops in it. I t is also known for its various restaurants.  All of which forms a clear picture of the nature of the region and the cultural diversity in it.

Esenyurt Square also includes the central Esenyurt Mosque, which was built with the same design as the old Ottoman mosques.

Esenyurt has many public parks, which are considered another outlet for the residents and visitors of the region to enjoy their time. Esenyurt infact hosts more than 60 children’s parks and ten huge parks, the most famous of which are: The Martyrs’ Park, Erdogan Park or President Recep Tayyip Erdogan’s Garden, which was established by the Esenyurt municipality in 2016. With an area of ​​76,877 square meters, it is famous for its water bodies, artificial waterfalls and wide green spaces that allow its patrons to hike, walk and practice sports activities.

This area is considered one of the most important attractions for lovers of restaurants, the atmosphere, and family nights out. It is a gathering center for a huge number of Arab and Turkish restaurants that offer Arabic, Italian, Iraqi, and Turkish cuisine, in addition to seafood and fast food.

Esenyurt also includes several hotels and family and youth apartments, close to the square, malls, public transportation, and metro stations, which are very suitable for most foreigners who wish to live in Istanbul, and the most famous hotels in it are: Beynova Hotel – Euro Park Hotel – Dab Hotel – Kaya Istanbul Fair & Convention.

The E-5 and E-80 highways pass at the northern and southern sides of Esenyurt, and they are most important highways in Istanbul.

It crosses the E-5 metrobus, which is considered the most important and fastest means of transportation in the city, as it connects the region with other areas quickly and easily.

Esenyurt is distinguished by its proximity to the D100 highway and the TEM highway, making it easy to reach from all parts of Istanbul.

There are many schools and universities in Esenyurt. Schools in Esenyurt are both public and private international schools some of which are:

As far as universities are concerned, these are some of the well-known ones:

Among the other nearby universities in Avcilar and Bahcesehir as well as Beylikduzu.

And many other polyclinics that provide all medical services.

During recent years, the demand for residential properties has increased in Esenyurt, as it has become one of the most vital areas in Istanbul due to many factors, including: Its distinctive geographical location and close to the city center in addition to its connection with the vital and main roads in the city.

Property prices are extremely competitive compared to other areas, and the high demand on rental properties make is one of the best real estate investment destinations in Istanbul.

Among the most important advantages of real estate investment in Esenyurt:

The presence of many modern residential compounds in it, besides real estate prices, are acceptable and competitive, Esenyurt is also an extension of Basaksehir and Beylikduzu districts, in addition to its strategic location and proximity to the E-5 and E-80 make it closer to city centers and other areas.

Maximum Property provides rare opportunities for those wishing to own apartments or invest in real estate in Turkey, through its team of specialists and consultants in the Turkish real estate market. 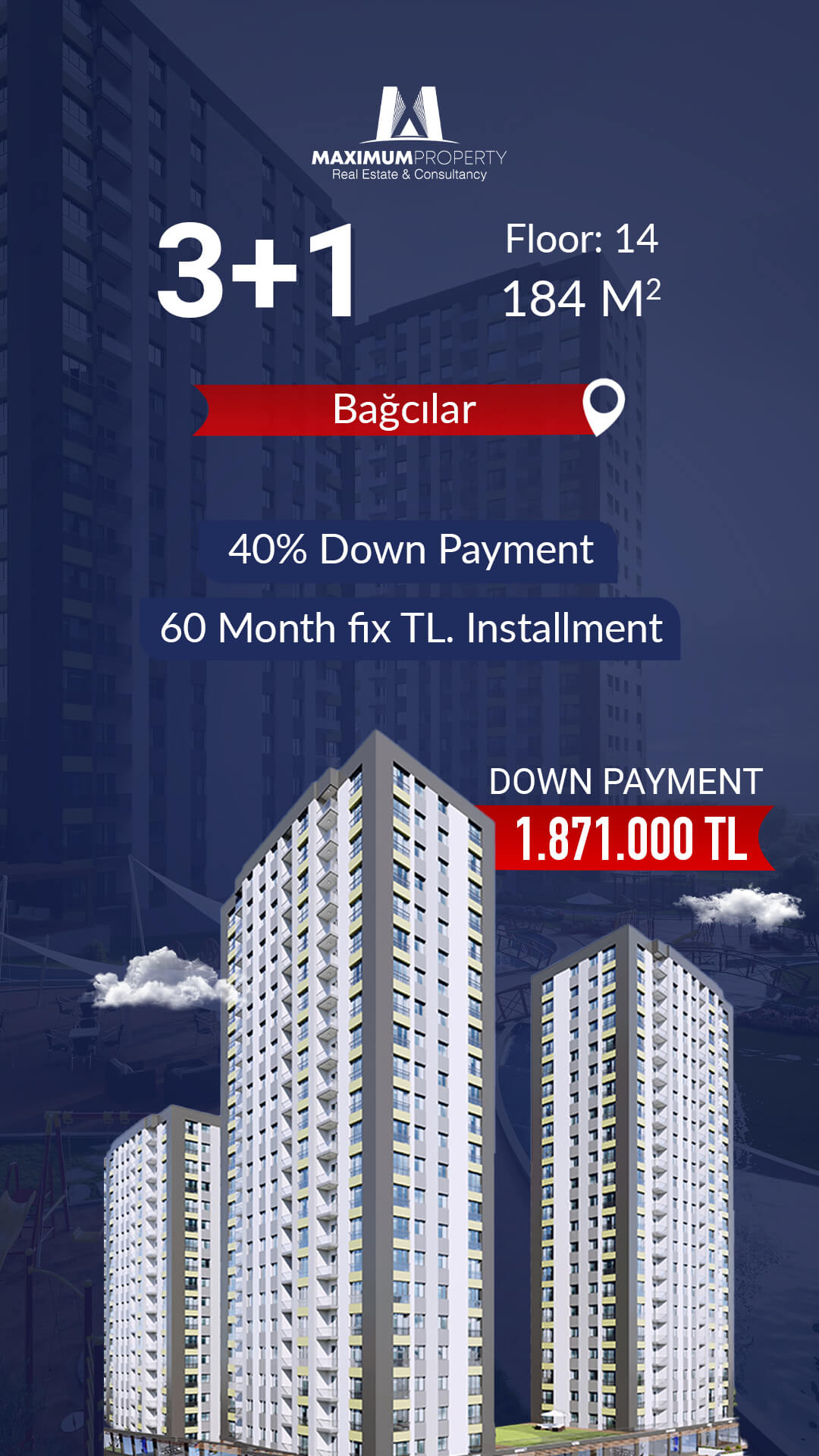